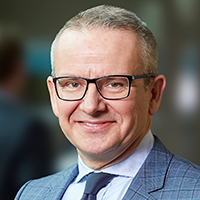 Small businesses are the backbone of the Canadian economy. In fact, small- and medium-sized enterprises constitute the majority of private sector employment in Canada. That’s a huge part of the economy that touches every sector and industry.

Mediaplanet: How does a lack of qualified labour affect small businesses?

Dan Kelly: Small businesses are more sensitive to vacancies than larger ones — there may be only one person filling a particular role and no one who can easily step in. In a five-person company, one vacancy can leave a business 20 percent short in terms of staffing. Even if it isn’t a specialized position, the rest of the staff and often the owner will have to take on the added responsibilities, which hurts productivity. They may even have to forego growth opportunities, which affects us all.

The labour shortage is a big issue for many small businesses across the country. Last quarter, the personal services and construction sectors logged the highest rates of unfilled jobs at 4.9 and 4.8 percent respectively, compared to a 3.2 percent average vacancy rate across all sectors, according to the Canadian Federation of Independent Business (CFIB)’s data. The smallest of firms (those with five employees or fewer) also had the hardest time filling vacant positions.

What advice do you have for businesses who can’t find qualified workers?

Small businesses are competing with the big guys and government for the best workers. They often can’t compete on wages or benefits, so they need to be creative. Some are appealing to workers based on workplace flexibility and a family-friendly culture. Small firms can also join a business association, like the CFIB, in order to access HR advice, special training, or savings on things like group benefits that would normally be cost-prohibitive for a small business.

What can governments do to help small businesses affected by labour shortages?

With the federal election fast approaching, CFIB is asking all parties to commit to measures that address the labour shortage in their platforms. They can introduce an EI holiday for young workers, who require a bigger time investment to train. They can also adopt CFIB’s “Welcome to Canada Visa,” which would allow temporary foreign workers of all skill levels to work with an employer as a step to permanent residency.