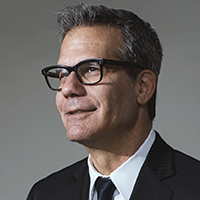 He’s a writer and journalist, having penned several global best sellers, including the award-winning The Rise of the Creative Class and his most recent book, The New Urban Crisis, published in April 2017. He’s the Senior Editor of The Atlantic, where he co-founded and serves as Editor-at-Large for CityLab.

As an entrepreneur and as founder of the Creative Class Group, which works closely with companies and governments worldwide, Florida has an interesting perspective on economic development in Canada.

Mediaplanet: Where do the main opportunities for growth and progress lie within economic development?

Richard Florida: A series of recent studies have demonstrated what should be intuitively obvious: the strongest kind of urban economic growth is inclusive growth that benefits all residents of the city. One way to measure this kind of growth is economic mobility the likelihood of someone from the low end of the earnings spectrum moving up. Creating inclusive growth requires high-quality transportation infrastructure, a strong education system, and concerted efforts on the part of local companies and anchor institutions to provide good jobs and pathways for advancement for service workers. Not only do these efforts grow the economy, they vastly improve the quality of life for the most vulnerable residents.

How can Canada continue to develop the economic landscape while being mindful of environmental impact?

Historically, cities haven’t been viewed as particularly environmentally-friendly, since they tend to have fewer trees and more localized pollution than far-flung suburbs and rural areas. In fact, cities are the greenest places for human beings to live, since they can meet their needs in a highly-efficient way without expending much energy. The more people can live in dense, walkable, transit-accessible cities, the greener the society.

Of course, to make cities as green as possible, there needs to be some major planning changes. Cars will need to take a back seat to transit, walking, and micromobility, including bikes and scooters. Buildings need to be designed with the highest efficiency standards. And, even as they fight climate, cities will also need to prepare for its effects.

What is being done in Canada to be a global leader in innovation and development?

Canada has an incredibly exciting innovation ecosystem, especially for its relatively small population size. It makes the 5th most VC deals in the world, behind only the U.S., the U.K., India and China. And Canada ranks 6th for total VC funding, raking in $2.8 billion annually, trailing only the U.S., U.K., India, China, and Germany. That said, much can be done to bolster Canada’s startup ecosystem even further. Investing in universities and research institutions, ensuring that talented people are encouraged to move here and start business, and creating vibrant urban spaces where people from different fields have chance encounters and exchange ideas are all essential for the continued growth of Canada’s innovation economy.

What are some of the priorities and objectives that Canadian decision makers should address to give Canada a competitive edge, improve productivity and grow the economy?

Policymakers, important stakeholders, and voters need to be shown the close interconnection between infrastructure and prosperity. Indeed, infrastructure and economic development can’t be seen as separate issues. This is clear in the case of major transit hubs and airports. But more messaging and outreach should also make the case that people-centric infrastructure like bike lanes and high-quality pedestrian environments also promote economic growth.

What is the role that innovation and long-term planning play in developing Canada’s infrastructure and thus its economic competitiveness?

Infrastructure investment is a gift that keeps on giving. Infrastructure stimulates development, creating new pathways and nodes of growth, like the high density housing that rises around new subway lines. As infrastructure grows older, it ceases to be thought of as infrastructure and simply becomes part of the landscape, and people’s everyday experience of the city. Yet, it is so important, and constantly needs to be renewed. Long term infrastructure planning is essential in identifying future needs, and creating the environments and mobility solutions for future generations.