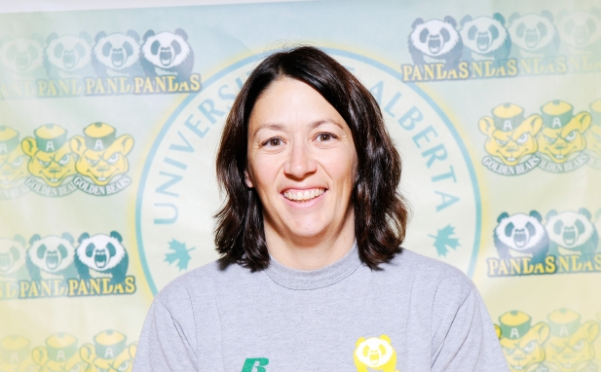 Despite high participation rates of Canadian women in sports, women are under-represented in coaching. Many want to see that change.

Women are still under-represented in coaching in Canada. As recently as 2016, women made up only 16% of head coaches and 18% of assistant coaches on national teams. At the university sport level, women make up only 16% of full-time coaches.

Yet coaching can be a very rewarding career for women. For Laurie Eisler, a Chartered Professional Coach (ChPC) and head coach of the University of Alberta Pandas women’s volleyball and Golden Bears men’s volleyball teams, it’s a chance to recruit her own athletes, work with great people, see them achieve their goals, and grow as individuals. “There’s a lot of fulfilment in that,” she says.

Eisler started coaching shortly after graduating from the University of Saskatchewan, where she played on the women’s volleyball team. “I was no longer eligible to play, yet I didn’t want to leave the sport,” she says. When the university offered her a job as assistant coach of the women’s volleyball team, she jumped on board, seeing an opportunity to continue growing and thriving in an environment she loved.

For women considering the field, Eisler says she loves the excitement, challenges, and ever-changing nature of the game, “I believe having women in coaching leadership positions is another avenue to advance women in leadership in Canada, whether it’s in sport, business, or government.”

I believe having women in coaching leadership positions is another avenue to advance women in leadership in Canada.

Resources to train and mentor coaches

The Coaching Association of Canada™ (CAC) is working to advance women coaches in Canada at all levels—national, university/college, school, and community sport.

The National Coaching Certification Program (NCCP), which the CAC delivers in partnership with the Government of Canada, 65 National Sports Organizations (NSOs), and 13 Provincial/Territorial Coaching Representatives, offers standardized, multi-sport coach education that’s accessible to coaches across Canada. NCCP training is designed to inspire confidence, develop coaching competencies, and ensure diversity and inclusion are embedded within all coach training and development initiatives.

Interested in becoming a coach? Learn more about the field and how to get started with the NCCP here.
Next article