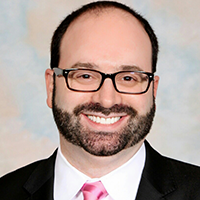 Cybersecurity is a constantly-advancing discipline.Individuals and businesses don’t ensure that their defence mechanisms evolve and progress with technological and societal changes are all but assured to suffer serious adverse consequences.

The arrival of the internet era and the advent of the smartphone, for example, are two indisputable examples of such a phenomenon. Both represent technological advances that ushered in massive changes in the way that people conduct daily activities, utilize technology, and interact with one another — and all of these changes have created numerous security challenges, to put it mildly. Likewise, the current mass adoption of smart devices — creating the so called “Internet of Things” (IoT) — has altered the equation when it comes to security. If the only devices that a party bothers to secure are classic computers, it may be in for a nasty surprise.

Innovation, therefore, is paramount when it comes to cybersecurity. New approaches, technologies, policies, and procedures are key ingredients in securing against the ever-evolving risks and constantly-growing dangers. In short, technological and social innovations mandate corresponding innovations in the realm of cybersecurity.

Technological and social innovations mandate corresponding innovations in the realm of cybersecurity.

Recent years have seen many new flavours of innovation

Artificial intelligence (AI) — whose current role in the realm of cybersecurity is barely the tip of the iceberg of what it will soon be — is starting to replace humans in analyzing huge volumes of security-related data in order to identify potential security problems that can be flagged for human intervention. A generation ago, humans could easily look at reports and make such judgement calls on their own — but, with orders-of-magnitude more technology systems and associated countermeasures in use today, even the smartest and fastest of people would be wildly overwhelmed, and/or miss many potential dangers, if it weren’t for AI.

Likewise, over time, as increasingly secure technology is created and deployed, human beings have emerged as the clear Achilles heel of cybersecurity in nearly all organizations and homes. As a result, the last decade or so has seen the advent of many innovative human-focused technologies that seek to reduce costly human errors, and, as such, curtail what is today the greatest danger to cybersecurity.

Also, over the past few years, various technologies have emerged that attempt to shore up security when organizations deploy IoT devices that were themselves built without adequate security.

Of course, the need for innovation doesn’t mean that it’s safe to abandon classical approaches and offerings — in this sense, the digital world mimics the physical world. The discovery of a vaccine to prevent chicken pox, for example, doesn’t mean that people should forgo inoculating against measles. Rather, increased technological capabilities and sophistication means that stronger, smarter, and better defences are needed to address new threats — but, as old threats remain a problem, newer offerings need to be used in combination with older ones. Furthermore, layering multiple technologies that address similar risks using multiple approaches provides better protection — if one system fails to terminate an attack, for example, the second may still have a chance at doing so.