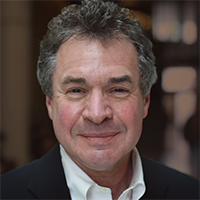 Drew Fagan is a professor at the Munk School of Global Affairs and Public Policy at the University of Toronto. Prior to this role, he served for four years as Deputy Minister of Infrastructure with the Government of Ontario.

Mediaplanet: What are the factors shaping Canada’s infrastructure landscape and how are they evolving?﻿

Drew Fagan: We’re making progress, as we’re investing substantially more than we were a decade ago. We’re planning better, too — we’re thinking more deeply about where and what we should be building. However, the process is ultimately still too politicized. We don’t let apolitical, dispassionate analysis speak for itself often enough. Because funding for infrastructure is driven by government, we’re always going to have politicization of the decision-making process to varying degrees. But it’s important that we let data and analysis come to the fore more often.

Where do opportunities for growth and progress lie within this environment?

What are some of the innovative ways to improve the traditional infrastructure procurement process?

Canada remains a leader in public-private partnerships, which involve the private sector taking on more of the risk of building big projects. In addition, the Canada Infrastructure Bank, has been created, which is an important means of driving better infrastructure development. The CIB has great potential, not just in changing the traditional ownership and funding model for infrastructure, but in driving better data analysis across the country and in being a leader in advisory services to all infrastructure players.